Something special from the day he was born - a singleton puppy representing 35 years of a Breeder's hopes and dreams. 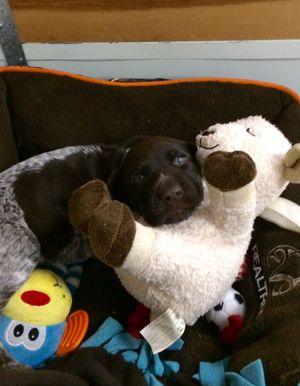 His pedigree pivots on the addition of outstanding German bloodlines to the White River mix, and doubles back on our most significant Sires.

He finished at 11 months with a Sporting Group 1

A Grand Champion at 18 months with very limited showing

In 2019 he let the GSP world know he's now a grown up contender earning a National Specialty Judges' Award of Merit in one of the largest groups of Specials the breed has seen in recent history.  He also added the 'BISS' to his credentials winning the GSPC of Illinois Specialty during the July Regional week in Belvedere, IL. 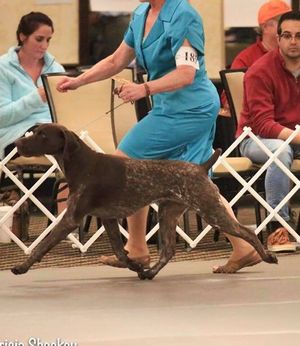 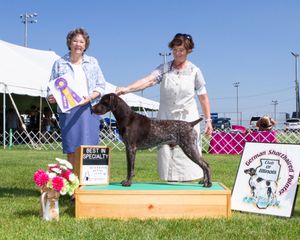 He stepped up as Phil's personal gun dog late in 2018, doing a creditable job for a youngster, had a blast running Fast Cat trials, and has earned his Canine Good Citizen title.  Also during 2019 Nationals week he added the Rally Novice title to his string of suffixes. 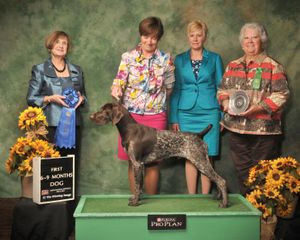 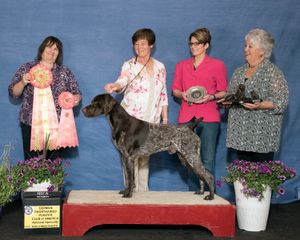 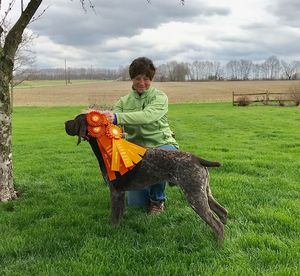 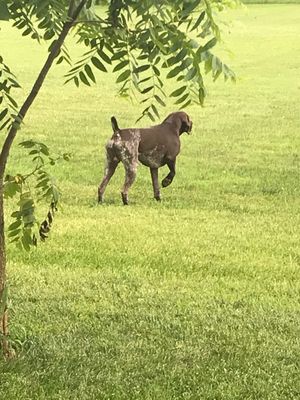 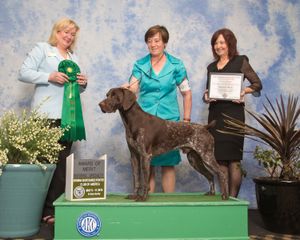 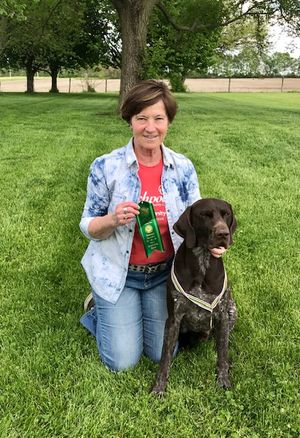 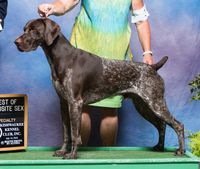